Home » Who We Are » Management Team » James Manuel Barnes 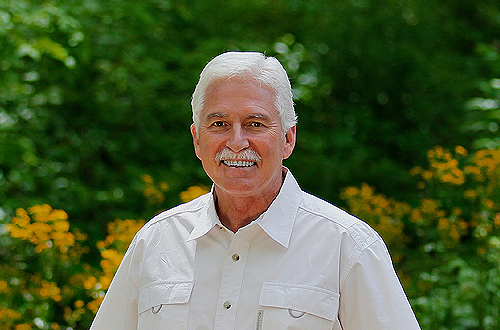 Principal Scientist, President & CEO James Manuel Barnes of EGIS, Inc. established EGIS, Inc. in 1990 and brings over 43 years of experience in the Environmental arena to the business.  He is a Professional Wetland Scientist, Certified Indoor Environmental Consultant, Certified Asbestos Inspector in Arkansas and Missouri and a skilled SCUBA diver and pilot.

As a senior environmental specialist for the U.S. Army Corps of Engineers (USACE) for 13 years, Mr. Barnes managed stream, lake and wetland studies while balancing other duties such as Permit Evaluations and Environmental Planning projects. Mr. Barnes has performed environmental studies and assessments for the Arkansas Water Resource Center, U.S. Fish and Wildlife Service, the National Park Service and municipalities as well as wetland training seminars for developers, engineers and scientists throughout the U.S. and Puerto Rico.

Chairing the Governor Clinton initiated Arkansas Environmental Protection Planning Committee from 1989-1990, Mr. Barnes was also appointed by Governor Huckabee to a 10 year appointment in the Arkansas Natural Heritage Commission in 2004.  He as served on the NWA Fellowship of Christian Athlete Board since 2004.

From 2006-2007  Mr. Barnes consulted as in environmental scientist in biological surveys of a +/- 245 mile linear project from north-central Arkansas to central Mississippi; delineating waters and wetland waters, participating in field work as well as working to identify threatened and/or endangered species.

In 2007-2008, Mr. Barnes participated as a principal scientist in biological surveys in parts of Iowa, Nebraska, Minnesota and Wisconsin. These projects included work in delineating waters and wetlands, non-404 regulated water courses, identifying threatened and/or endangered species, collecting and providing field work, reporting and permitting for the USACE.

2010 -current, Mr. Barnes is still actively involved in projects, serving as a Principal Wetland Scientist on linear project mapping for the Corps of Engineers in SW Pennsylvania, utilizing technologies such as GPS and aerial photography, among others.

Mr. Barnes received his BS in Zoology with a minor in Chemistry and MS in Zoology from the University of Arkansas in 1974 and 1977, respectively. Mr. Barnes also has an MS in Water and Land Resource Planning and a PH.D in Draft Dissertation/Fishery and Wildlife Biology from Colorado State University.